The Orlando Sentinel’s in-house anti-obesity crusader, Linda Shrieves, went to bat yesterday for a radical animal ‘rights’ group that is attempting to replace the USDA’s food pyramid with a vegan substitute that eliminates all meat and dairy products.

When the obesity-obsessed Shrieves isn’t taking the journalistic liberty of transforming press releases from the likes of the agenda-driven Physicians Committee for Responsible Medicine in to public health warnings, she can’t seem to resist Tweeting about the latest deals to be found at fast food restaurants:

McDonalds will give free breakfast to kids on Tuesday — first day of FCAT testing. For details, go to http://tinyurl.com/yfo2wa9

Get a free Fresco Taco at Taco Bell — while coupon supplies last! http://tinyurl.com/yzpzcgb

Cheapskate alert! Cici's Pizza is cutting the price of its pizza buffet to $3.99 — to celebrate 25th year. http://tinyurl.com/yjxjg59

While parents who purchase the People for the Ethical Treatment of Animals’ (PETA) “Student Planner” will have no beefs with its ‘back-to-school’ vegetarian/vegan propaganda kit, it’s not those kids we should be worried about being indoctrinated with the radical animal ‘rights’ agenda since they’re pretty much a lost cause. School children who still eat bologna sandwiches and don’t ask their parents if it “hurt” when the chicken became a nugget are the ones who need to know their eating habits are normal, healthy and perfectly human.

PETA says its daily planner for kids “features easy vegan recipes, tips on how to help animals, advice on starting a student group, a list of the most vegetarian-friendly schools, information on veganizing a school cafeteria, a guide to finding cosmetics and other products that haven’t been tested on animals, and more.” And, more is right!

Try explaining to kids what “WTF” means, as in, PETA’s recipe for “WTF? Wings” that appears on one of the pages in the planner. Even better, kids should ask their teachers to spell-out the profane acronym.

In addition to the daily planner, PETA wants school kids to promote the organization’s anti-poultry and anti-pork messages to fellow students. Touting the “I am not a nugget” slogan, PETA offers a notebook, pencil kit, and stationery box set (perfect for note-passing in class!) each adorned with a cute little chicken cartoon character that make for the “perfect gift for any compassionate student.”

Taking a swipe at swine, the other white meat, PETA wants school kids to jot down their notes in its “Love Me — Don’t Eat Me” notebook featuring an “adorable” pig’s face on its cover.

Ironically, there is currently a campaign sweeping the nation urging fast food and so-called “junk food” marketers to cease and desist from using cartoon characters to pitch their products to young children because they fear the cute ads put magical spells on kids that make them want to eat sugary and fatty foods. Using cartoon characters to promote the scare tactics of and agendas of radical special interest groups, however, is completely ethical and goes without controversy.

PETA’s back-to-school kits are designed and intended to help kids who’ve already been brainwashed to indoctrinate classmates who have yet to hear the scary stories about where their food comes from, how it is slaughtered, and why it is just plain evil (according to PETA). When your kids return to the school in September, be prepared to counter the propaganda with facts that debunk PETA’s myths, lies and scare tactics.

Here are some online resources to help educate yourself and your children about the ugly faces hiding behind those cute cartoon characters promoting the vegetarian/vegan lifestyle: 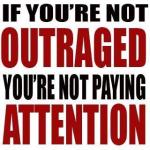 Pastor Prohibited from Praying to Jesus During N.C. House Daily Prayer
Winston-Salem Journal; July 11, 2010
“[Rev. Ron] Baity is the president of Return America, a group that opposes ‘any governmental control over churches and pastors,’ and opposes the theory of evolution, according to its website. He also has been active in the tea-party movement. He said yesterday that he was specifically asked not to mention Jesus in his prayer, a government intrusion that he said threatens his First Amendment rights.”

Perfecting Citizens the Stasi Way
PacificFreePress.com; July 11, 2010
“In a sign that illegal surveillance programs launched by the Bush administration are accelerating under President Obama, The Wall Street Journal revealed last week that a National Security Agency (NSA) program, PERFECT CITIZEN, is under development. With a cover story that this is merely a ‘research’ effort meant to ‘detect cyber assaults on private companies and government agencies running such critical infrastructure as the electricity grid and nuclear-power plants,’ it is also clear that the next phase in pervasive government spying is underway.”

Government Shouldn’t Take Choice Off The Table
Hartford Courant; July 11, 2010
“It used to be that the question of whether your butt is too big was between you, your bathroom mirror and your significant other. Now, some say government has an interest in how snugly your jeans fit.”

Could NYC Be Next To Ban Pets From Pet Stores?
Gothamist.com; July 10, 2010
“Though New York pet shop owners are worried, citywide rescue groups are supporting the ban. Peter McKosky of New York’s Empty Cages Collective said, ‘We deal every day with the fact that people treat animals like disposable commodities and the pet trade just feeds into that.'”

Is the End of Photo Radar a Good Thing or a Bad Thing? Heck Yea, It’s Bad!
ABC15.com (Ariz.); July 10, 2010
Local ABC affiliate asks readers to chime-in on the pros and cons of a nanny state traffic camera law about to expire in Arizona on July 15. Be sure to give ’em a piece of your mind!

Obamacare a Threat to White Castle and IHOP. This Time, It’s Personal
RightSideNews.com; July 9, 2010
“Oh, that’s right. Obamacare, filled with stealth Nanny State penalties and taxes aimed at further controlling your life, is now threatening the yummy eats found at White Castle and IHOP, among others.”

Schools Make Best Effort Trample Parents’ Rights in Detroit Vaccination Battle
The Detroit News; July 9, 2010
“The vaccine changes come at a contentious time in the health care debate nationally and statewide. Some who oppose mandatory vaccines argue they are an example of unwarranted government intrusion into residents’ rights to make their own health care decisions.”

Tiahrt: More Government is Not the Answer
Rep. Todd Tiahrt (R-Kan.); July 8, 2010
“More government is not the answer. Big Government is the reason our economy has not recovered. Despite President Obama’s ‘recovery summer’ campaign to sell his failed ‘stimulus’ plan, American families and small businesses here in Kansas do not want more government intrusion in their daily lives. The Kansans I have talked with all across the state are screaming for the government to get out of their way and out of their wallets.”

Organic Eggs: More Expensive, but No Healthier
TIME.com; July 8, 2010
Go ahead, spend more on those organic eggs because you’ve been conned by the green fringe into thinking they’re healthier. More ‘conventional’ eggs for the rest of us, and some beer money to boot! 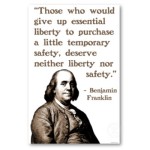 Judge Schools Cop for Violating Citizen’s 1st and 2nd Amendment Rights
Reason.com; July 9, 2010
“[T]he First Amendment protects the sole individual who may be a gadfly, kook, weirdo, nut job, whacko, and spook, with the same force of protection as folks with more majoritarian and popular views,” U.S. District Judge Mark W. Bennett disciplined Osceola County, Iowa, Sheriff Douglas Weber for violating a citizen’s right to freedom of speech by denying him a carry permit based on his “weird” political activism.

Smokers Face Discriminatory Hiring Ban at Hospital
CNN; July 8, 2010
“From personal experience as a physician, some of the best nurses happen to be smokers … Are you willing to hire staff that is not the best qualified simply because you’re trying to make this point about how bad smoking is,” asked Dr. Michael Siegel, a Boston University professor of public health.

Soda Tax Losing Steam Nationally
Stateline.org via NewJerseyNewsRoom.com; July 8, 2010
Pro-soda tax Stateline.org cries us a river over the beverage industry fighting back against nanny staters trying to legislate what Americans can drink.

Pennsylvania Profits at Nanny State Neighbor’s Expense
UnitedLiberty.org; July 8, 2010
“In order to shore up budget shortfalls and put off making tough choices caused by their own fiscal impropriety, many states are looking at increasing ‘sin taxes,’ such as the cigarette tax. The problem is that when a state is close to a state with a lower tax, people will travel to buy their smokes.”

Kids Shun Vegan Meals Promoted by Anti-Meat Activist Group
Sun Sentinel (Fla.); July 6, 2010
“[O]n a typical day, only about 16,000 of the 160,000 students buying a school lunch will choose vegan fare, even though it generally costs the same as more traditional foods or about 15 cents more. The poor showing flies in the face of a newly-released study of student lunch preferences conducted in Broward schools by the nonprofit Physicians Committee for Responsible Medicine.”

Big Necks Seen as Big Problems for Kids
WebMd.com; July 6, 2010
“The researchers conclude that neck circumference can be used as a reliable tool to identify youngsters with high body mass indexes.” Looking at the kids’ bulging bellies just isn’t enough, so subjecting them to another humiliating measuring method should drive the point home.

City Uses $25 Million in Stimulus Funds to Fight Obesity ‘Epidemic’
Philadelphia Inquirer; July 5, 2010
The City of Brotherly Love is using its piece of the stimulus pie to take a bite out of obesity instead of putting unemployed residents back to work. The Philadelphia jobless rate as of April is 11 percent, but the bigger concern for the city’s nanny state bureaucrats is making sure inner-city kids don’t get fat.

Welcome to the Nanny State!

Here’s the first edition of our new daily news feature where we will be spotlighting big government bureaucrats doing what they do best — dictating, bullying and intimidating. We encourage you to submit comments to the authors online and/or send Letters to the Editors to voice your opposition to these atrocities so that others may be encouraged to defend their freedom, rights and liberties against the nanny state.

A group of international scientists scheming on behalf of the United Nations (U.N.) claims “the greatest cause of greenhouse gas emissions is food production and the use of fossil fuels.” The U.N. is expected to present the alarmists’ report to world governments and propose the citizens of Earth adopt a vegetarian lifestyle and stop eating meat or suffer dire consequences.

Well, the one thing these scientists forgot to consider in their vision of a vegetarian utopia is that livestock expel countless tons of greenhouse emissions when they’re alive and kicking it on the farm.

So, that leaves one to wonder, “Will the U.N. ultimately propose the slaughter of every farm animal on the planet?” That would create one heck of a conundrum for animal ‘rights’ groups across the globe.

Speculation and hypotheses aside, the Center for Consumer Freedom’s David Martosko sheds some light on the alarmists continued attempts to promote a meatless vegetarian utopia:

In any event, blaming meat producers for greenhouse gas output is a silly exercise. If livestock production disappeared tomorrow, we would just be transporting more tofu around, and plowing and fertilizing the land to supply a new vegetarian utopia. There wouldn’t be a significant environmental benefit.

It’s only natural that advocates of a slide toward vegetarianism are trying to hitch their cause to the global warming bandwagon. But the facts just aren’t on their side.